While Coco doesn’t hit the enthusiastic spot very as successfully as Inside Out or Toy Story 3 (or the initial five minutes of Up!), it’s as yet another colossally unrivaled Pixar exertion.

Letting tyke legend Miguel straddle the limit between the universes of the living and the dead empowers Pixar to deftly investigate really a profound passionate area while never getting to be over-wistful, cloying or depressingly overwhelming. There’s constantly another (great) joke or overwhelming piece of visual fun ready to venture in should the inclination undermine to plunge too low.

The result is a film which, in classic Pixar style, appeals to adults at least as much as children. In fact, if Coco has a fault it may be that its themes and unusually complex narrative may prove a bit too much for some kids. But I’d always rather an animated film was guilty of straying marginally into the adult side of the kids/adults line than the other way round. Especially when sophisticated themes are backed up with visuals as consistently beautiful as those on display in Coco. 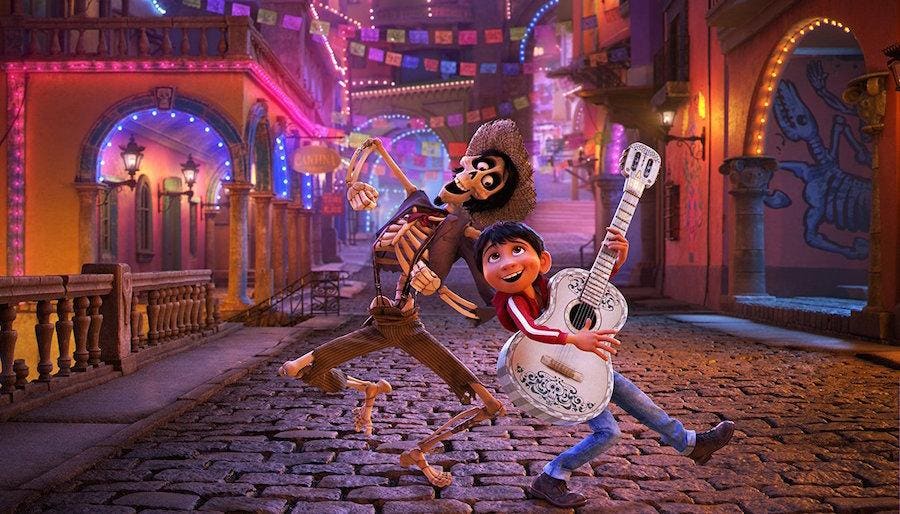 The feeling of profundity and space made by the expanded shading and splendor here is additionally striking, conveying that exemplary three-dimensional feel related with the exceptionally finest 4K HDR pictures.

Not this staggering feeling of profundity and strength is limited to vast scale conditions, as you may already know. Amid more cozy shots you can really make out profundity differences of only millimeters in shaded markings on the skulls of the dead, or the jeweled specifying on Hector’s guitar. With the HD Blu-beam – great however it is – this kind of nuance is regularly difficult to make out.

So rich however exact is the 4K Blu-beam’s shading taking care of that a few scenes -, for example, De La Cruz’s doomed last show in the place that is known for the living, and the grouping where Miguel and Hector wind up stuck underground – can be considered reference standard, at any rate where 4K movement is concerned.