With every new season of The Walking Dead, I hope to the television gods that the show’s Judi Online Terpercaya and writers will have learned some lessons from their past mistakes. Sometimes they seem to, but more often than not just the opposite appears to be true. With Season 7, all the show’s worst habits became more entrenched than ever before, and heaps of new problems dragged down AMC’s flagging flagship zombie drama.

These problems included a villain whose overbearing personality sucked much of the oxygen from the room, the death of one of the show’s best characters, and surprisingly cheap special effects for a show that, up to this point, had always been remarkably deft in that department. Whatever else you could say about The Walking Dead, its effects were always unimpeachable…until Season 7.

Meanwhile, the ever-expanding world of The Walking Dead ballooned far too quickly. Audiences were bombarded with new communities like the Kingdom and its Shakespearean king and the glaringly implausible Trash People with their phony pidgin dialect.

So as the seventh season closed out with an actually decent finale, my annual hope kindled anew. Would Season 8 bring the show back to its former glory? Would the malaise of the previous season wash away and leave us with something more palatable and exciting? – Judi online terpercaya Iconwin

Early reports seemed to suggest that maybe, just maybe, showrunner Scott Gimple had been paying attention to Walking Dead detractors (like me) or at least had been spooked by plummeting ratings. Gimple has indicated that Season 8 will deal with multiple characters’ storylines each episode rather than follow just one or two at a time.

That’s something many fans and critics, including yours truly, have been asking for. But while it might be a good sign on its face, given the size of the show’s increasingly unwieldy cast it could just as easily be a recipe for disaster. (Gone are the days of a scrappy band of survivors; now we have half a dozen sprawling communities and dozens of cast members to keep track of.)

Now the first reviews of the Season 8 premiere are trickling online as the 100th episode’s embargo lifts. While the episode won’t launch until later this month, critics have already had a chance to watch it, and some are saying it’s a return to the show’s “former glory.” 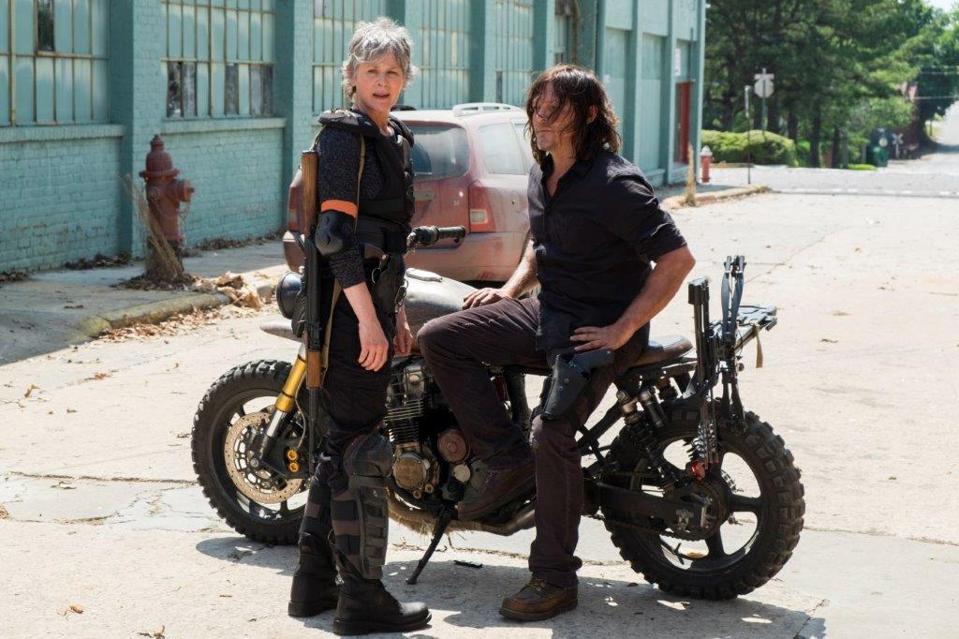 Daryl and Carol sitting on a bike.

I’ve watched the episode. Alas, once again the show’s creators have failed to learn from past mistakes, failed to make significant improvements to the increasingly sloppy writing and plotting, and continue to treat the show’s viewers as though we’re stupid. Far from a return to the glory days, the Season 8 premiere is a jarring, confusing mess of an episode, in turns pretentious and mind-bogglingly nonsensical. I won’t spoil any of the specifics in this preview (a full recap/review visit http://www.iconwin.com/ will land right after the episode airs on Sunday October 22nd) so read on without fear of spoilers.

Every now and then The Walking Dead puts on its art-house hat and tries to act a great deal smarter than it actually is. Episode 100 (titled “Mercy”) is one such episode. It eschews basic chronological storytelling on multiple levels, dancing between at least three separate time periods (though it’s not clear whether one of these is real or hallucinatory) and muddles up the “present” timeline for no apparent reason other than to confuse audiences and create artificial tension.

To make matters worse Judi online terpercaya Iconwin it succumbs to that most loathsome television habit: Making characters do really dumb things in service of the plot. This happens more than once, and it happens in ways that it happened before many times over in Season 7. What ought to have been something of a glorious return to form in the show’s 100th episode, comes across as a muddling, confused mess.

All of these big problems we’ve seen before, and they make forgiving the smaller problems much harder. 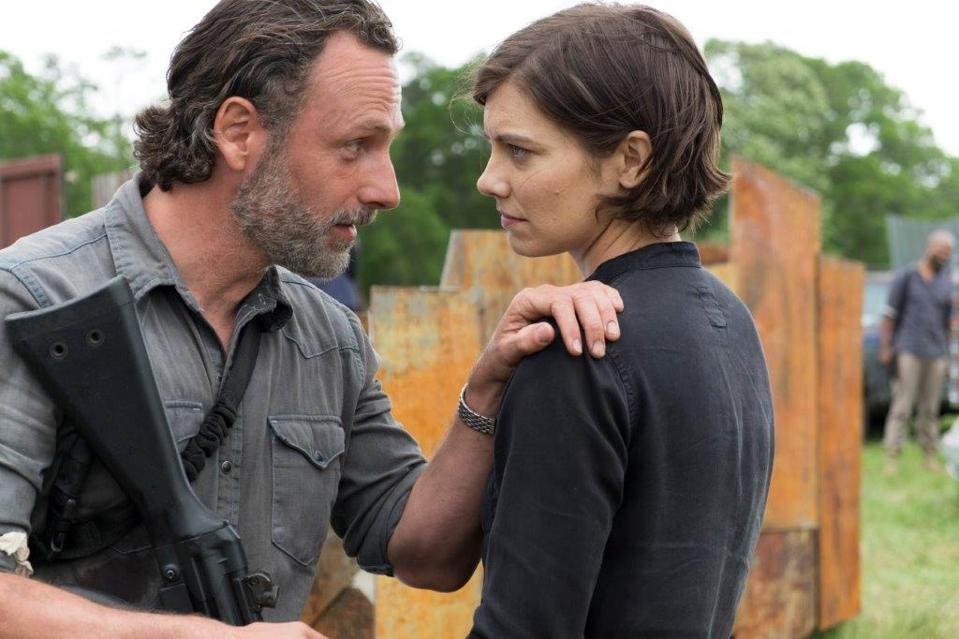 We spent much of last season searching for guns and then foolishly handing them over to questionable allies, but what the show never really touched on was the acquisition of a resource that is just as precious, if not more so: Bullets. The Season 7 finale ended in a veritable hailstorm of bullets, as each side emptied clip after never-ending clip into the other. Well, Season 8 picks up with equally wasteful unloading of ammunition. Where is this infinite supply of ammo coming from? Once upon a time there was some discussion of the skulking coward Eugene homebrewing some rounds, but that never came to fruition. So where do they come from now? The Easter Bunny? Santa Clause?

It’s a downward spiral with The Walking Dead. Easily avoided problems that make the writing feel so lazy that I, as a viewer, can’t help but feel insulted lead to a more critical viewing week after week. The annoyance burrows ever deeper. I find myself irritated even by things that I’d previously decided I could accept, like gasoline working perfectly fine even though the stuff goes bad after a few months. It’s one of those things that I can easily look past in an enjoyable zombie apocalypse show, but that starts to irritate me when everyone has a car and can go for as many long drives as they please. The fear is gone. The scavenging is gone. Now we have a poorly conceived feudal system of constant war and very little politics.

The Walking Dead hasn’t just lost its sense of being a gritty Judi online terpercaya Iconwin zombie survival show, it’s also lost whatever good dialogue it once had. There are scenes in the season 8 premiere that I don’t even understand. Moments of dialogue so weirdly written that it’s like the writers don’t even speak the same language or interact in the same human sphere as the rest of us. It’s truly perplexing. And Negan, the worst offender of all, is every bit as loathsome as ever. His new low comes in the Season 8 premiere in a snippet of dialogue we saw in the season’s trailer. (It has to do with defecating in one’s special defecation pants. Sigh.) 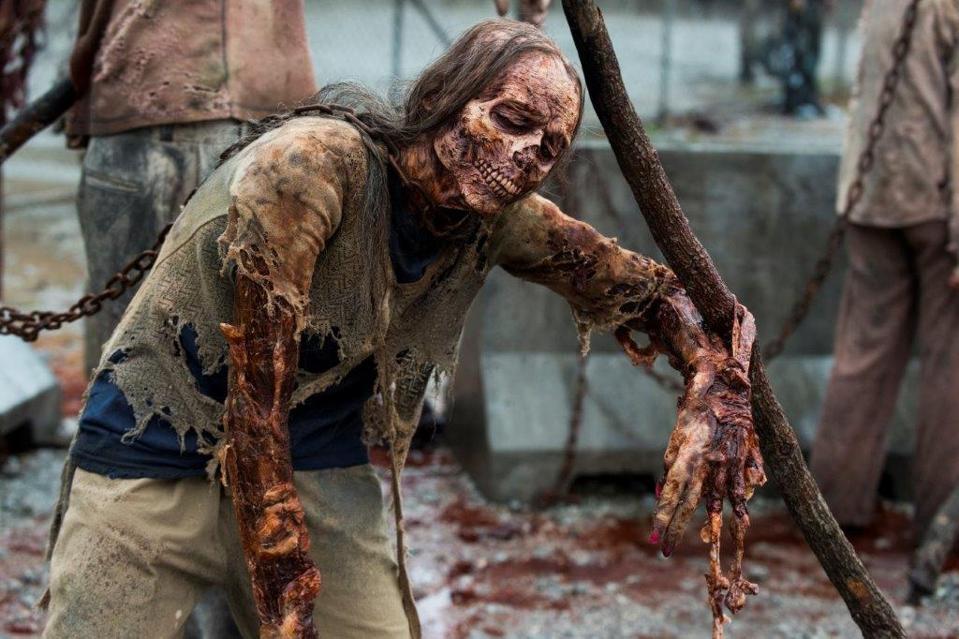 Suffice to say, while I had hopes, even high hopes, that things would change for the better this season, I’m left feeling utterly let down after watching the season premiere. Maybe the rest of Season 8 will surprise and delight, but it’s not off to a good start. I’ll have all my Judi online terpercaya Iconwin reasons in a couple weeks when the episode airs for the unwashed masses.

As a final side note, some of my hope for Season 8 stemmed from The Walking Dead’s little brother show, Fear the Walking Dead. That wrapped up a truly terrible second season that was so bad I publicly hoped AMC would just cancel it and start over. But then Season 3 rolled around and it’s been, much to my shock and happiness, far better than I could have ever hoped. I’ve even said I enjoy it more now than The Walking Dead, and that’s the truth. I’m a few episodes behind on Fear (I’ve been traveling with very limited access to TV shows) but I’m much more excited to catch up on Season 3, and for next Sunday’s Season 3 premiere, than I am for the coming season of The Walking Dead.

The sad thing is, The Walking Dead has a lot of potential. It has a talented cast, excellent make-up design and some of the coolest looking zombies ever. It has an interesting premise, and has had truly wonderful episodes in the past. I even still care about some of the characters, though that’s less and less true as time passes and the best characters are either killed off or written into a corner. It’s just weird that a show with so much potential could get it this wrong so consistently.

Once again, I can only offer up the most galling of suggestions: Out with the old and in with the new. AMC needs to spot this sinking ship before it actually goes under. New showrunners and a team of decent writers are the only thing that can save The Walking Dead from its corpulent self.